Why Auto-Expanded Images + Vines on Twitter is Bad News

This week Twitter rolled out a major change to the tweet stream: auto-expanded photos and vines in users main feeds. Now instead of having to click to expand the Twitter card to view some rich media content, a 437×218 px thumbnail will be clearly visible directly below the respective linking tweet. The tweet stream change rolled out across web, iPhone and Android all at once.

1. Auto-expanded images break the democracy of content in your tweet stream.
Instead of scanning all content equally, users’ eyes won’t be able to avoid skipping to the next image. And instead of engaging with the most interesting content in their stream, users will be drawn to the most visually stimulating. With Twitter prioritizing rich media over text, conversation and link sharing no longer has equal standing. In other words, Twitter is on its way to becoming another Facebook or Instagram, instead of the maintaining its status as the world’s quickest and most robust news feed.

The effects of images in the tweet stream may not be immediately evident when everyone is just getting adjusted, but consider Facebook. While much has been made over the years of Twitter’s 140 character limit, the optimal post on Facebook is actually 80 characters or less. With Facebook’s emphasis on photo + video in the news feed, written text (even a minimal 140 characters text) can’t compete for attention. Is this what Twitter wants for its future?

The auto expanded images and videos are also accompanied by now immediately visible reply + retweet + favorite buttons. The buttons makes the tweet stream feel much busier and slower to scan than ever before. This is most notable on the desktop, where as many as twenty or more buttons in repeating rows of four now clutter the page above the fold.

2. Brands were just given a back door to banner advertising on the homepage.
Brands invest a great deal of time, energy and money in building communities on Twitter and communicating with their followers on a regular basis. Planning for auto-expanded images + vines will become an immediate best practice for brands that want to maximize message exposure and engagement. Many brands also have more human and capital resources to invest in creating imagery to accompany every post, which contributes to the uneven playing field in the tweet stream.

This reality will be even more apparent when brand tweets are paired with Twitter’s paid promoted tweets platform. Promoted tweets are published “above the fold” in the first few tweet placements. Promoting a tweet with an auto-expanded image will allow brands to serve up a prominent visual banner ad on the homepage of Twitter for the first time ever.

It’s important to note that while brands will (and should) take advantage of the new Twitter format, high quality + high value content will still be critically important. This is reinforced in two ways: users being able to easily unfollow brands that clutter their tweet stream with noise, and Twitter’s auction model that factors a brand’s quality score into the cost of advertising.

3. Two links and minimal text per post becomes the norm.
Since including images in posts will be required to attract viewers, images will now be included in posts even when the goal is to share a link to an article. This is immediately becoming the standard for publishers, who are pairing image links with article links to draw attention to their articles. Because Twitter requires 22 characters per link to wrap the link in their URL shortener, two links eats up 45 characters (including a space in-between) before any copy is even written.

It’s worth noting, as well, that the new auto-expanded images appears to break article preview Twitter cards. So when publishers pair images with their article links to maximize attention in the tweet stream, they’re prioritizing the new form of banner ad over the valuable content + context they were providing to their readers upfront, before the click. 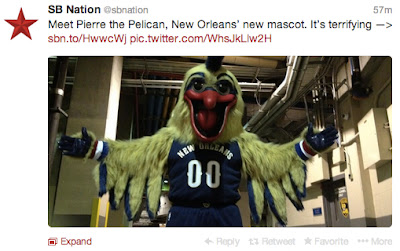 4. Twitter images + Vine videos get preferential treatment.
Ever since Instagram pulled support for Twitter cards, images that were uploaded directly to Twitter have been more visible on the platform than photos shared from their competitor. However, while the Twitter cards imbalance was Instagram’s choice, the new auto-expanded images feature now gives Twitter’s own image format a distinct advantage over any other image hosting service.

Now users can expect to see plenty of Instagram photos (and images created using other tools) downloaded and re-uploaded natively directly to Twitter’s image platform. Popular API hacking tool IFTTT already has a recipe for automating the process of porting a photo from Instagram over to Twitter images. This will create fragmentation in engagement around the same content, duplicated across platforms.

This home court advantage will likely help boost Vine’s success, as well, which is critical as Instagram begins to roll out its own advertising format. Branded video on Instagram, with its :15 second time limit, is expected to be incredibly popular with advertisers looking to bring video spots to the 150 million strong Instagram audience. Auto-expanded vines paired with paid promoted tweets will be a powerful tool for Twitter to combat Instagram’s new offering.

With Twitter’s IPO just around the corner, auto-expanded Twitter images + vines may just be one of many big changes coming to the platform. For the health of the platform and its long term potential, Twitter must think through the impact all of its design decisions will have on user behavior. It also needs to evaluate clearly which values Twitter wants its platform to stand for. Choices like auto-expanded rich media may seem small at first, but they could do more to disrupt the democracy + dialogue the platform has been known for than any other changes Twitter has made to date.