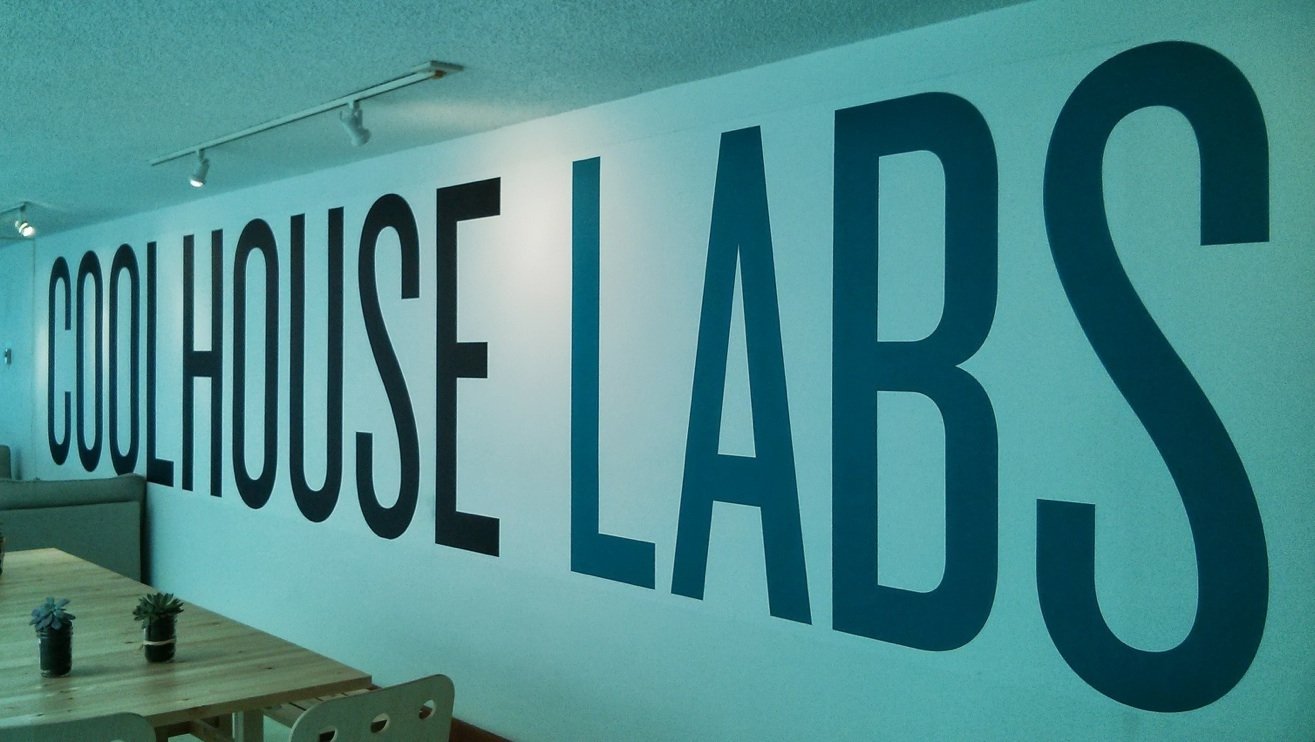 You might see SS+Kers in an unexpected spot this summer – right on the shores of Lake Michigan. SS+K is spending the summer mentoring startups of the inaugural class of Coolhouse Labs, a brand-new business accelerator founded by former SS+Ker Jordan Breighner, a Michigan alum.

Throughout the summer, several SS+Kers and SS+K alums have been spending time on Skype with the each of Coolhouse Labs’ five teams, working on business and product positioning, messaging strategy and communications planning. SS+K alum
Nathan Phillips, a copywriter, comedian and founder of The Oratory Laboratory, has even been coaching teams with their presentation skills.

In July, SS+K founding partner Lenny Stern and I took a trip to Coolhouse Labs to meet the teams in person. We gave a talk on SS+K’s approach to brand strategy + social engagement, and met with each of the teams daily to work through challenges each were facing at their particular stages of development.

Engaging with the teams at Coolhouse Labs, we’ve been fortunate to meet a host of smart and ambitious people – and can’t wait to see what Lorious, Novi Times, TRNK, Project Travel and Every Last Morsel have accomplished by the end of the summer and beyond. If you’re interested in learning more about this first class of graduating companies, or are a member of the Michigan creative and technology community seeking an opportunity to share your work, join Coolhouse for their special culminating event August 23rd – 24th. 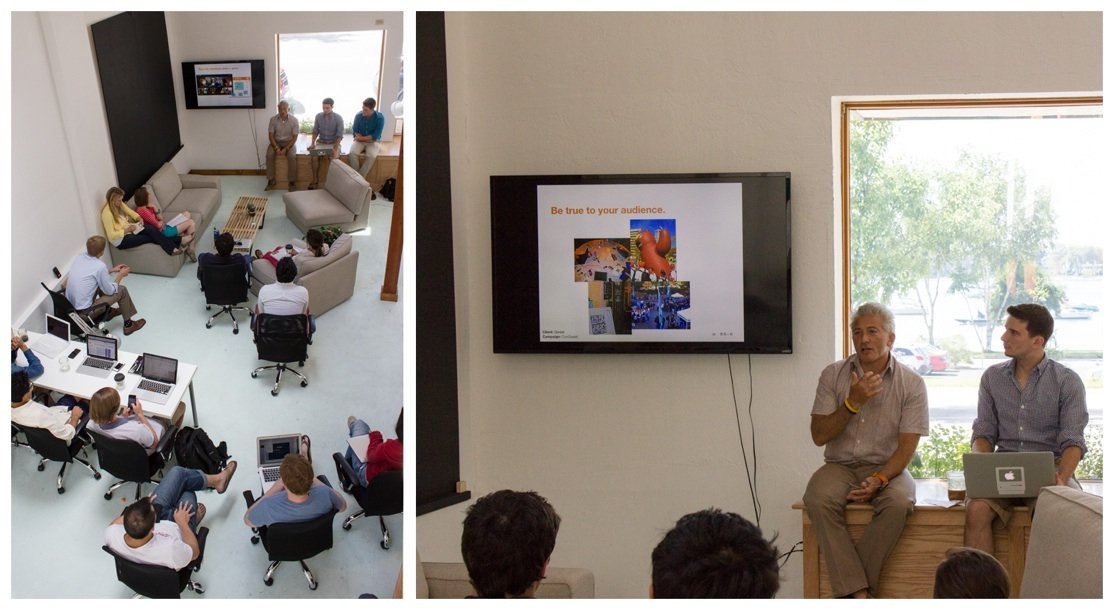 SS+K Partner and President Brad Kay was quoted in Digiday on the merger of Publicis Groupe and Omnicom Group and how small, independent agencies should respond:

“Rivals: Smaller agencies will gleefully point to the 130,000-employee behemoth as all that’s wrong with the mechanized, commoditized ad world. The sheer amount of bureaucratic infighting during an integration will provide an opening for rivals. What’s more, the clear conflicts this presents will provide an opening for WPP and other rivals to swoop in to woo away big clients. Brad Kay, president of independent shop SS&K, summed it up this way: “To-do’s for small, independent agencies: 1) review client list of Omni-Pub; 2) identify top talent; and 3) exploit six months of utter distraction.”

This week, SS+K partners Brad Kay and Lenny Stern participated in Mondelez International’s Fly Garage project, a weeklong experimental ideas session and innovation lab with industry leaders in Buenos Aires, Argentina. The lab, sponsored by Contagious Magazine and brought to life by the innovation house Castro, helps the global snacks leader think in new ways about how it does business, shapes the snack world, engages consumers and tells brand stories. The industry thinkers invited were tasked to help Mondelez crack the code of what the future holds for its global businesses, and how consumers’ expectations, experiences and brand relationships will evolve in the coming decade.

Brad and Lenny are looking forward to putting Fly Garage’s ideation and open thinking models to work at SS+K. Here are some snapshots from the week: 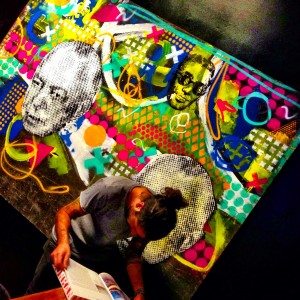 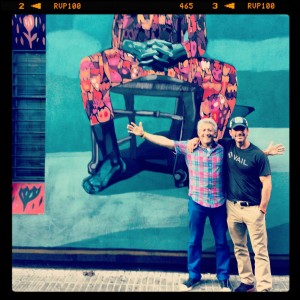 SS+K partners Rob Shepardson and Bobby Hershfield were featured in Contagious Magazine‘s the Feed last week, in an article on our For All and First Time campaigns for Obama for America. Read the article, by Lucy Aitken, below.

When President Obama was re-elected in November 2012, SS+K, a New York-based agency specialising in creative social engagement, helped the Obama/Biden ticket reach out to younger voters. To start with, it launched an effort targeting first-time voters with writer, director and actor Lena Dunham, best known for New York millennial drama show Girls, at its helm. She produced a video, First Time, which was viewed more than 2.5 million times. According to SS+K, that made it the most viewed piece of YouTube content of the entire campaign.

A second effort, called For All, tapped into visual culture and was based on the Pledge of Allegiance. People were invited to write an issue on their hand, take a photo and post it on Instagram. The For All effort was helped by celebrities getting involved and was picked up by 76,000 Twitter users who used the #ForAll hashtag. Details of both campaigns can be found in the film above.

On polling day, young people made up 19% of the electorate in 2012, an all-time high, and 60% of them voted for President Obama. Analysts have said the youth vote made the difference in four key battleground states that helped keep the President in the White House.

Contagious interviewed Rob Shepardson, a founding partner at SS+K and Bobby Hershfield, chief creative officer, about the campaign, which was this week awarded a merit for integrated branding at the One Show awards in New York and is one to watch in Cannes.

What were the big differences between the 2008 and 2012 elections?

2008 was a historic elec.on and it was incredibly exciting. We s.ll had the educa.onal challenge about how to get younger people to vote, but they were thrilled with the opportunity not just to throw out Bush but also to elect a cap.va.ng figure like Obama. In 2012, it was an entirely different scenario. People were hammered by the economy and young people were alienated from poli.cs and disillusioned by it. The challenge for us was to remind them that the president had made a lot of progress on issues they care about. We just had to remind them that they shared these values and that was a big part of the campaign.

How important were celebrities in engaging younger voters?

With ‘For All’, celebrities could reach out through their social media profiles and express their own values. Many were interested in getting engaged and this was an opportunity for them to do that. Because it was about ‘for all,’ we shot it with iPhones, not high end photographers, so it was done in a very grounded way. The thing was to make it feel about equality, so celebrities and everyday people were treated exactly the same.

Lena Dunham engaged in the For All campaign by tweeting a photo about gay marriage. Given her obvious appeal to this demographic – almost more than any other celebrity at the moment – she helped attract 18 to 22-year- olds who hadn’t voted in 2008 with a film that equated the first time voting with losing your virginity. We were aware that this was a controversial approach to vo.ng and the right wing would be upset and we’d get some criticism about it. But that helped prove to our audience how out of touch the right wing was: the values that the president shares with millennials are in stark contrast to those of the extreme right wing. This was a very creative manifestation in the voice of Lena Dunham and it created that clear divide. The right wing responded in the way we predicted they would and went crazy: Fox TV had shows criticizing it. It proved a point and stayed in the media for 10 days.

How are you preparing for the 2016 election?

We monitor younger voters and millennials and how they share a very strong set of progressive values around tolerance and open-mindedness. No candidate would ever be advised to take them for granted.

We’re excited to announce SS+K was named a Webby’s People’s Voice winner in best copywriting for our Obama for America For All campaign. Kudos to the SS+K teams that helped make the campaign a reality, from the creative thinkers who first hatched the idea and the producers who brought it to life to the account teams that managed the process. We also owe a tremendous thank you to our external teams – including the folks at Chelsea Pictures – whose efforts helped inspire voters and move people.

We also must thank the Webby voters who clicked endlessly for the win. Congratulations to all of the Webby winners; we can’t wait to deliver our 5-word acceptance speech in May. 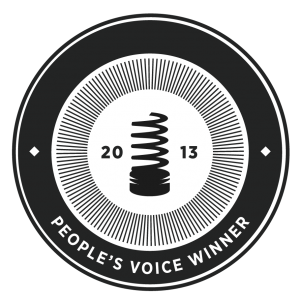 We’re excited to announce we’ve been named a finalist in four categories at this year’s Webbys. Our election year “Your First Time” digital ad for the Obama for America campaign starring Lena Dunham snagged a finalist spot in the online film & video best individual performance category. The Obama for America For All youth and social engagement campaign was singled out in two categories: best copywriting and best social media campaign in interactive advertising & media. Our AFL-CIO Work Connects Us All site was selected as a finalist in best of the web. We can’t wait to see the results.

We also have the chance to win the People’s Voice award in our categories for each of our submissions, so sign up + vote: 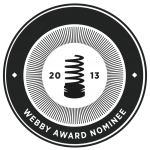 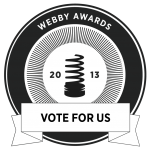 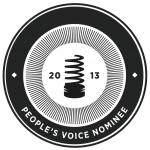 Brand comebacks are opportunistic because macro-economic changes have forced people to reorder their priorities and rethink brand preferences, said Lenny Stern of brand consultancy SS+K in New York. That means consumers are open to reconsidering old brands. Also, there’s the retro-chic trend: “It’s cool to be connected to the past, but with a new twist on it,” explained Stern.

Why is everyone at SS+K smiling?

Kids back in school?
Hedged against the euro?
Clint Eastwood called?
Bobby Hershfield?

Bobby just joined SS+K last month and yet he’s had an immediate, energizing effect on us and our work.

He came from Mother (don’t we all?) and other great agencies, notably Wieden + Kennedy, where he went from being a good account guy to being a great creative guy. Thank you, Dan Wieden.

We’ve embraced yogurt from Korea, so why not pizza? Based on that preposterous allegation Marco Polo stole the idea for pizza from Korea (he stole pasta, didn’t he?), our cheeky ‘True Origins of Pizza’ drew 2.2 million views to an online video that got people talking about our client, Mr. Pizza, a Korean-based chain expanding here in the U.S. A multi-lingual blog, a Twitter account, protest T-shirts, downloadable posters and stickers with QR codes provoked millions of views and cross-cultural laughter. ‘True Origins’ nabbed the silver pencil for long form advertising/cinema at last week’s One Show Awards.

The silver pencil from One Show Interactive went to our AFL-CIO WorkConnectsUsAll.org site, which reminds people what it’s all about: the work. Work is what binds Americans together, whether union or not, blue collar or white, even employed or not. We Americans define ourselves by what we do and invest ourselves in doing it better, with a profound effect on the world around us. From that core connection, WorkConnectsUsAll.org is an interactive web experience where users list what they do and are rewarded with a custom animation that shows how their work inspires and influences others – we invite you to log in, explore your connections through work and how those connections affect the world.